100 arrests for the anti-keuf* weekend [+ A few notes on the inflammatory evening of Saturday 11.04]

Following the riots that broke out in various areas of Brussels between the evening of Friday 10th and the dawn of Sunday 12th April, there were a total of 100 arrests, according to the authorities. These attacks and fires that broke the normality of confinement started from yet another deadly control of the cops on Friday evening.

In the nights from Saturday to Sunday, in addition to the mass attack on a police station with stones, “street furniture was destroyed and five passenger cars were set on fire,” the media told us. But on closer inspection, notably by checking a video of the journa-cops, we notice that among these famous “burned cars”, one of them is indeed very special. On its white bodywork, we can see the Engie company logo, known to be in particular as a cog in confinement (in addition to supplying energy to this world of oppression). Since domination has every interest in minimizing or concealing fires that target a clearly identified enemy, it would not be surprising if among these four others (perhaps more, who knows?) “Burnt down private cars”, there are also other similar garbage, all as harmful to our lives as each other… 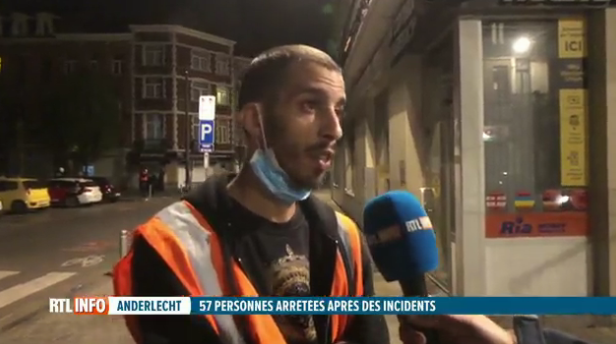 In addition, we learn that that night, it was not only the cops and the firefighters to [try to put out] the flames of the revolt in the streets of Brussels. but also street educators in orange vests, like Brahim (see photo above, who talks to both the cops and the residents of the neighborhood and says at the microphone of RTL: “We are really there to try to calm the situation, appease the hearts. He ended his intervention by recalling the family’s call for calm, which so far has not been followed up. In addition to this other side of policing, imams post videos on youtube to tell young people to stay at home and respect the police, with their endless refrains in favor of divine justice (“replace justice of men by that of God”). As in riots in “normal” times, the peacemakers – secular republican as well as the religious – are out, in the streets as on the screens …

Regarding the riot against the police on Saturday afternoon, there were 65 arrests (and not 57, as said before). We do not know the exact number of police custody (the day before we announced 43). During an attack on a cop’s vehicle, a weapon had been stolen inside and has still not been found.

We also learn that there was an attempt to assemble Sunday early in the afternoon, following a call broadcast on social networks (as for the day before). On this occasion, around thirty more people were arrested. 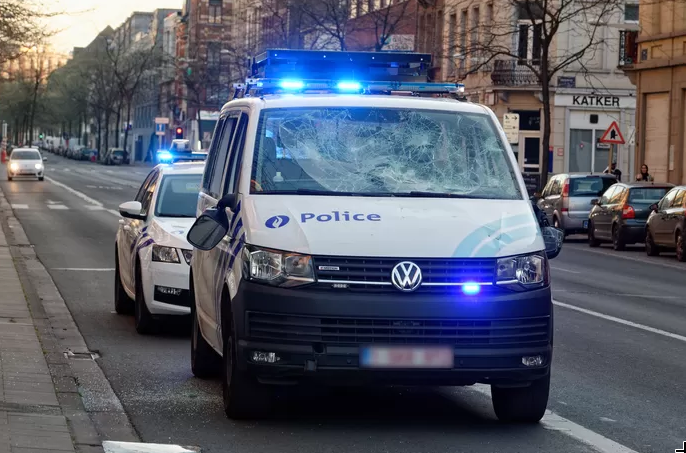 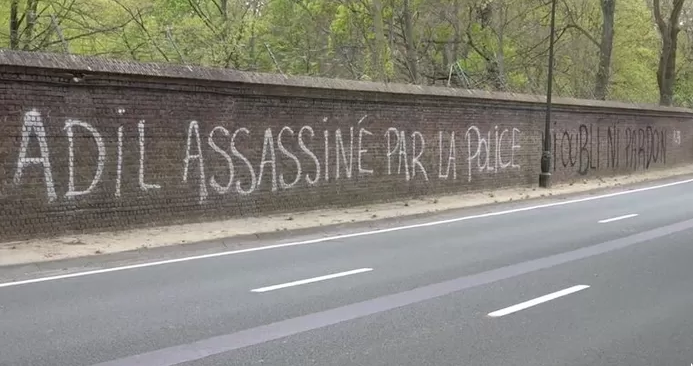 “Adil assassinated by the police – Neither forgotten nor forgiveness – ACAB”

Translated by The Uncivilized

Brussels, Belgium: 100 arrests on anti-police weekend after killing of Adil