Three weeks ago a 4G/3G mobile phone tower was torched. We did this as a response of pure hostility to the technoindustrial nightmare we are living in.

Like a vengeful wraith, we placed our enchanted incendiary devises in the cables connecting the tower to the leviathanic network. We howled to the moon when we lit the fuses and cursed the civilisation for all eternity. Only by fire can the technoindustrial leviathan be exorcised. Minutes later the cables were engulfed by a raging fire making the tower loose its connection to cyberspace. In the sudden silence when mobile phone calls and internet connections became emptiness, only the devouring fire could be heard.

Only darkness brings us to the place where we feel at home. The bright industrial lights that make the city shine burnes our eyes and clouds our hearts. But the cybernetic silence we caused with our fire to the tower made our bodies feel alive and joy filling our hearts.

Today everything is back to normality except the burnt cables and the silenced tower. Programmers and bosses are waging the next assault on our beloved darkness. 5G towers are now live in Malmö, Gothenburg and Stockholm. The next level of Levathianic control are rolled out in front of our eyes. The slaves of the society are applauding their incarceration.

In Milan in the night of Friday June 12, 2020, three Enjoy cars were set on fire in response to the repressive operation that has struck the anarchists in Rome.

ST. CLOUD — Reports of gunshots started a second night of unrest and looting in south St. Cloud late Monday night into Tuesday morning.In about a four-hour period starting at 10:20 p.m. Monday, up to 200 people gathered in the area of Ninth Avenue South and University Drive. About 11 p.m., sections of the crowd broke into the Southtown Liquor Store at the intersection and looted the store, according to a news release from St. Cloud Assistant Police Chief Jeff Oxton. About 40 people were taken into custody.

Tuesday morning’s events were in the same area a large crowd gathered early Monday morning after police arrested a man suspected of having a firearm.

During that arrest, the suspect fled and a police officer was shot in the hand when he was apprehended. The incident sparked false rumors of Black men being shot, which triggered that crowd to march to St. Cloud police headquarters, doing damage along the way and eventually at the police station early Monday morning.

The police release about unrest Monday night into Tuesday morning said while officers were investigating the initial shots fired call, numerous people started to congregate in the area, eventually taking over the roadway and blocking traffic. Police located no gunshot victims.

Individuals in the crowd began to throw rocks at officers and passing vehicles before the liquor store was breached. Multiple people entered the store, stealing items and causing damage, the release said.

At that point, officers moved in to stop the looting. “Chemical crowd control munitions were successfully utilized” after warnings to disperse the crowd, the release stated.

Authorities took 37 adults and two juveniles into custody on suspicion of unlawful assembly by early Tuesday morning. All arrests were taken to the Stearns County Jail. One adult was taken into custody suspected of burglary of the liquor store. The release provided no names of those in custody.

We learn that in the night between Thursday 14th and Friday 15th, May 2020, five booths for the exchange of telephone line and internet were sabotaged and put out of use. One consequence was a «blackout» of a part of the city (about 2000 users without connection). The following sentences were written and found in the site: «Let’s get rid of the technological cages», «Solidarity to the comrades of Bologna» (the seven anarchists arrested on May 13th for the “Ritrovo” repressive operation) and «Freedom for the prisoners».

FREE THEM ALL
LIBERTAD A LXS PRESXS >>> 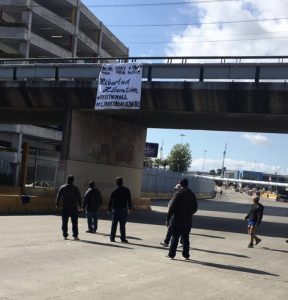 «The tunnel effect is a natural reaction, linked to stress and due to the focus of the gaze on a precise point, as if you were looking through a telephoto lens».

On the night between 8 and 9 May [2020], on a branch of the Caisse d’Epargne bank, the words «Macronavirus, when the end?» were written on the wall and the windows were smashed.

The authors do not stop describing the government’s provocative and insulting attitude and its mediocre management of the health crisis and the economic crisis that is to come; as an explanation, which they would like to absolutely-explain, they put forward the tunnel effect. For them, the exit from the tunnel was, that night there, the attack of the Caisse d’Epargne. This extreme reaction would therefore be due to a context of extreme stress.

And on the way back they would even say «I was pleased», which suggests a second wave.

[Note: The squirrel is the mascot of the Caisse d’Epargne bank].

To make it simple: this new level of control pissed us off even more and made us want to act. To do nothing, in our eyes, was tantamount to accepting it.

As usual, if control works so well, it is also because the citizens meekly accept it, well installed in their virtual bubble, to continue to have fun and telework. But it is more than ever the umbilical cord that binds them to this pathetic life.

That’s why we set fire to a mobile phone relay station, on the night between the 5th and 6th of May, in Toulouse, on the east side of the Pont de l’Embouchure. It was easier than we thought.

You can see that we are not the only people boiling with anger and we are happy about it. Total hostility against civilization and the piles of shit that make it up.

On the night of April 29th, 2020, the cables of a Wind cell phone tower near the Tiburtina station in Rome were set on fire.

Solidarity with the prisoners in struggle.
Closeness to the imprisoned anarchist Davide Delogu on hunger strike.

Against the State and its measures
Against control technologies.
Action is always possible.

In recent days, in Toulouse, a slight epidemic of pssssiiiiiit has contaminated some tires.

This world disgusts us. It was horrible before and it’s clearly getting worse. The companies and institutions that make it work and benefit from it are everywhere. There are so many reasons to attack them! Since they put their names on their vehicles, in order to advertise themselves, and since it can be a discreet and not too complex method, we took advantage of the opportunity offered for send a few small, sharp nails (to several of their tires, to complicate their servicing). A way of participating in the different rabies that burst and that we like.

These cars / vans belong to
– to the State
– to the province
– a Vinci [a large French company specialising in construction, public works and related services].
– to SCS (a video surveillance company)
– to Enedis [a subsidiary of Eléctricité de France which distributes electricity].
– to EDF [the French fee of Enel italiana].
– to a gas supplier
– to one company installing optical fibre, to another telecommunications company
– to a «Smart solutions for industrial» company
– to a real estate agency

For us, the links between all this are clear enough that no explanation is needed this time ????

Death to the State and capitalism (as much «ecological» as «technological»)!

On the night between May 4th and 5th [2020], the windows of the Crédit Agricol bank on the avenue des Minimes were smashed or filled with blows, while a writing on a wall indicated: «macronavirus, crisis, STOP?».

In Toulouse, weathercocks denouncing the macronavirus have been blooming for a few weeks now, causing uninhibited repression.

Yet the macronavirus, very real, is only one of the mutations of a much more predatory viral strain, which extends over the whole planet: capitalism.

This takes advantage of the health crisis of the new coronavirus, the liberticidal measures of confinement and the economic crisis it causes, to carry out a profound restructuring.

The billions of euros given by the State to banks and large companies condemn us to more and more exploitation, more and more misery and control, digitalised if possible.

In Lebanon, the rebels have not been wrong. They have clearly identified the banks among those responsible for the degradation of their conditions of existence, targeting them and setting them on fire, damaging them, insulting them with their slogans.

It really is time to act, let us get rid of what is infecting our lives!